In Order to Read Online or Download The Book Full eBooks in PDF, EPUB, Tuebl and Mobi you need to create a Free account. Get any books you like and read everywhere you want. Fast Download Speed ~ Commercial & Ad Free. We cannot guarantee that every book is in the library! 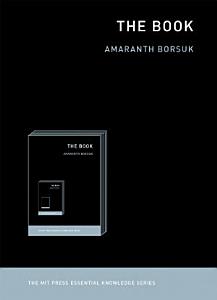 The book as object, as content, as idea, as interface. What is the book in a digital age? Is it a physical object containing pages encased in covers? Is it a portable device that gives us access to entire libraries? The codex, the book as bound paper sheets, emerged around 150 CE. It was preceded by clay tablets and papyrus scrolls. Are those books? In this volume in the MIT Press Essential Knowledge series, Amaranth Borsuk considers the history of the book, the future of the book, and the idea of the book. Tracing the interrelationship of form and content in the book's development, she bridges book history, book arts, and electronic literature to expand our definition of an object we thought we knew intimately. Contrary to the many reports of its death (which has been blamed at various times on newspapers, television, and e-readers), the book is alive. Despite nostalgic paeans to the codex and its printed pages, Borsuk reminds us, the term “book” commonly refers to both medium and content. And the medium has proved to be malleable. Rather than pinning our notion of the book to a single form, Borsuk argues, we should remember its long history of transformation. Considering the book as object, content, idea, and interface, she shows that the physical form of the book has always been the site of experimentation and play. Rather than creating a false dichotomy between print and digital media, we should appreciate their continuities. 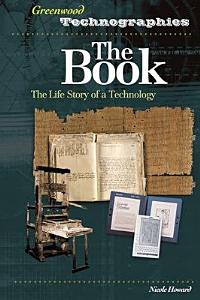 Introduces the history of the book, beginning with papyrus in ancient Egypt, through the development of the printing press, to current computer-based technologies, including its influence on societies and cultures around the world. 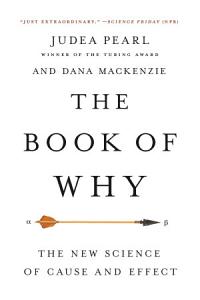 A Turing Award-winning computer scientist and statistician shows how understanding causality has revolutionized science and will revolutionize artificial intelligence "Correlation is not causation." This mantra, chanted by scientists for more than a century, has led to a virtual prohibition on causal talk. Today, that taboo is dead. The causal revolution, instigated by Judea Pearl and his colleagues, has cut through a century of confusion and established causality -- the study of cause and effect -- on a firm scientific basis. His work explains how we can know easy things, like whether it was rain or a sprinkler that made a sidewalk wet; and how to answer hard questions, like whether a drug cured an illness. Pearl's work enables us to know not just whether one thing causes another: it lets us explore the world that is and the worlds that could have been. It shows us the essence of human thought and key to artificial intelligence. Anyone who wants to understand either needs The Book of Why. 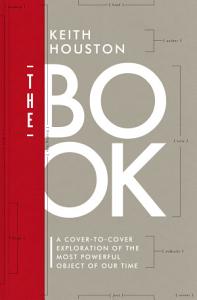 “Everybody who has ever read a book will benefit from the way Keith Houston explores the most powerful object of our time. And everybody who has read it will agree that reports of the book’s death have been greatly exaggerated.”—Erik Spiekermann, typographer We may love books, but do we know what lies behind them? In The Book, Keith Houston reveals that the paper, ink, thread, glue, and board from which a book is made tell as rich a story as the words on its pages—of civilizations, empires, human ingenuity, and madness. In an invitingly tactile history of this 2,000-year-old medium, Houston follows the development of writing, printing, the art of illustrations, and binding to show how we have moved from cuneiform tablets and papyrus scrolls to the hardcovers and paperbacks of today. Sure to delight book lovers of all stripes with its lush, full-color illustrations, The Book gives us the momentous and surprising history behind humanity’s most important—and universal—information technology. 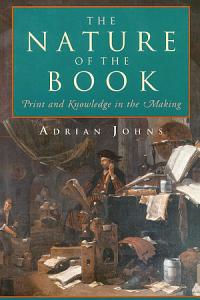 In The Nature of the Book, a tour de force of cultural history, Adrian Johns constructs an entirely original and vivid picture of print culture and its many arenas—commercial, intellectual, political, and individual. "A compelling exposition of how authors, printers, booksellers and readers competed for power over the printed page. . . . The richness of Mr. Johns's book lies in the splendid detail he has collected to describe the world of books in the first two centuries after the printing press arrived in England."—Alberto Manguel, Washington Times "[A] mammoth and stimulating account of the place of print in the history of knowledge. . . . Johns has written a tremendously learned primer."—D. Graham Burnett, New Republic "A detailed, engrossing, and genuinely eye-opening account of the formative stages of the print culture. . . . This is scholarship at its best."—Merle Rubin, Christian Science Monitor "The most lucid and persuasive account of the new kind of knowledge produced by print. . . . A work to rank alongside McLuhan."—John Sutherland, The Independent "Entertainingly written. . . . The most comprehensive account available . . . well documented and engaging."—Ian Maclean, Times Literary Supplement 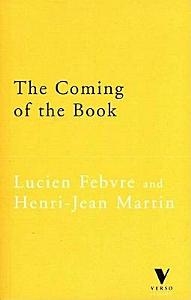 Books, and the printed word more generally, are aspects of modern life that are all too often taken for granted. Yet the emergence of the book was a process of immense historical importance and heralded the dawning of the epoch of modernity. In this much praised history of that process, Lucien Febvre and Henri-Jean Martin mesh together economic and technological history, sociology and anthropology, as well as the study of modes of consciousness, to root the development of the printed word in the changing social relations and ideological struggles of Western Europe. 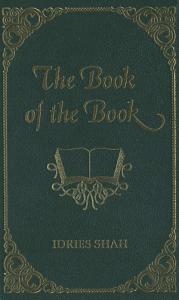 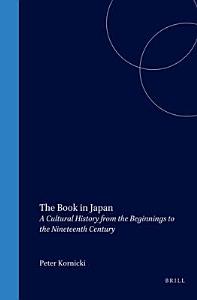 This study of the history of the book in Japan is an essential reference work covering all aspects of book production and the circulation of texts in pre-modern Japan, including libraries, censorship and readership. 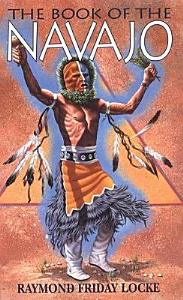 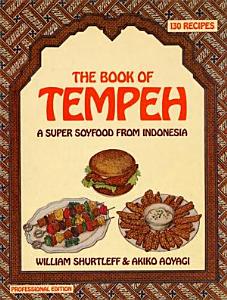 Beautifully illustrated and immensely informative, "The Book of Tempeh" showcases this hearty, versatile ingredient in a host of delectable recipes. Copyright © Libri GmbH. All rights reserved.