In Order to Read Online or Download Palestine Full eBooks in PDF, EPUB, Tuebl and Mobi you need to create a Free account. Get any books you like and read everywhere you want. Fast Download Speed ~ Commercial & Ad Free. We cannot guarantee that every book is in the library! 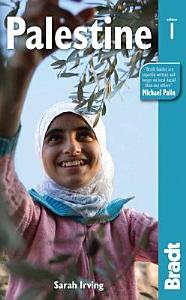 The only practical guide to traveling in Palestine and Palestinian communities in Israel. 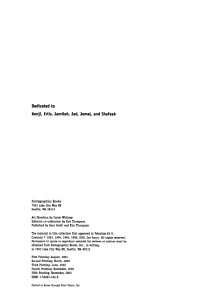 Uses a comic book format to shed light on the complex and emotionally-charged situation of Palestinian Arabs, exploring the lives of Israeli soldiers, Palestinian refugees, and children in the Occupied Territories. 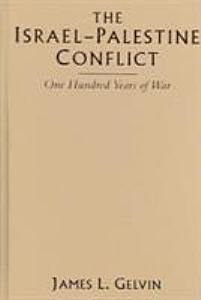 The conflict between Israelis and their forebears, on the one hand, and Palestinians and theirs, on the other, has lasted over a century and generated more than its share of commentaries and histories. James L. Gelvin's new account of that conflict offers a compelling, accessible and up-to-the-moment introduction for students and general readers. Beginning in the mid-nineteenth century, when the inhabitants of Ottoman Palestine and the Jews of Eastern Europe began to conceive of themselves as members of national communities, the book traces the evolution and interaction of these communities from their first encounters, through to the present, as well as exploring the external pressures and internal logic that has propelled their conflict. The book, which places events in Palestine within the framework of global history, skilfully interweaves biographical sketches, eyewitness accounts, poetry, fiction and official documentation into its narrative, and includes photographs, maps and an abundance of supplementary material. 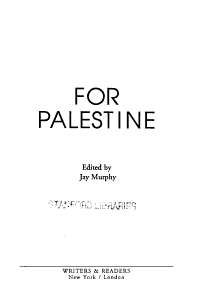 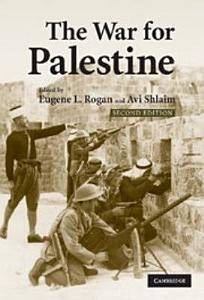 The updated second edition of The War for Palestine presents the genesis of the Arab-Israeli conflict. 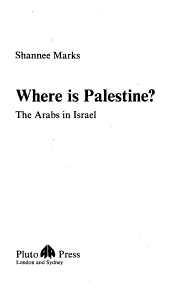 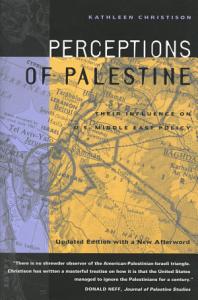 For most of the twentieth century, considered opinion in the United States regarding Palestine has favored the inherent right of Jews to exist in the Holy Land. That Palestinians, as a native population, could claim the same right has been largely ignored. Kathleen Christison's controversial new book shows how the endurance of such assumptions, along with America's singular focus on Israel and general ignorance of the Palestinian point of view, has impeded a resolution to the Arab-Israeli conflict. Christison begins with the derogatory images of Arabs purveyed by Western travelers to the Middle East in the nineteenth century, including Mark Twain, who wrote that Palestine's inhabitants were "abject beggars by nature, instinct, and education." She demonstrates other elements that have influenced U.S. policymakers: American religious attitudes toward the Holy Land that legitimize the Jewish presence; sympathy for Jews derived from the Holocaust; a sense of cultural identity wherein Israelis are "like us" and Arabs distant aliens. She makes a forceful case that decades of negative portrayals of Palestinians have distorted U.S. policy, making it virtually impossible to promote resolutions based on equality and reciprocity between Palestinians and Israelis. Christison also challenges prevalent media images and emphasizes the importance of terminology: Two examples are the designation of who is a "terrorist" and the imposition of place names (which can pass judgment on ownership). Christison's thoughtful book raises a final disturbing question: If a broader frame of reference on the Palestinian-Israeli conflict had been employed, allowing a less warped public discourse, might not years of warfare have been avoided and steps toward peace achieved much earlier? 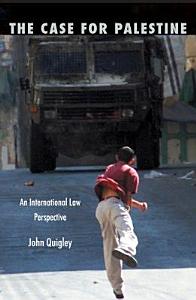 A history of the conflict between Israel and the Palestinians from the perspective of international law that examines the extent to which legitimate interests remain to be fulfilled. 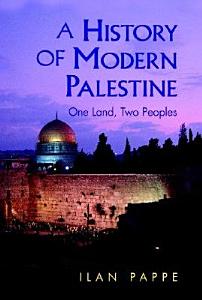 Examines Palestinian history and covers the Ottomans in the 1800s, the reign of Muhammad Ali, the coming of the early Zionists, the British mandate, the creation of the state of Israel in 1948, and the intifadas of 1987 and 2000. 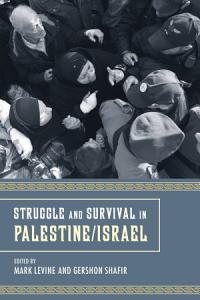 Too often, the study of Israel/Palestine has focused on elite actors and major events. Struggle and Survival in Palestine/Israel takes advantage of new sources about everyday life and the texture of changes on the ground to put more than two dozen human faces on the past and present of the region. With contributions from a leading cast of scholars across disciplines, the stories here are drawn from a variety of sources, from stories passed down through generations to family archives, interviews, and published memoirs. As these personal narratives are transformed into social biographies, they explore how the protagonists were embedded in but also empowered by their social and historical contexts. This wide-ranging and accessible volume brings a human dimension to a conflict-ridden history, emphasizing human agency, introducing marginal voices alongside more well-known ones, defying "typical" definitions of Israelis and Palestinians, and, ultimately, redefining how we understand both "struggle" and "survival" in a troubled region.