In Order to Read Online or Download No David Full eBooks in PDF, EPUB, Tuebl and Mobi you need to create a Free account. Get any books you like and read everywhere you want. Fast Download Speed ~ Commercial & Ad Free. We cannot guarantee that every book is in the library! 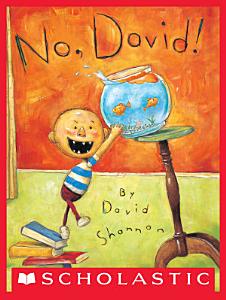 When David Shannon was five years old, he wrote and illustrated his first book. On every page were these words: NO, DAVID! . . . and a picture of David doing things he was not supposed to do. Now David is all grown up. But some things never change. . . . Over fifteen years after its initial publication, NO, DAVID! remains a perennial household favorite, delighting children, parents, and teachers alike. David is a beloved character, whose unabashed good humor, mischievous smile, and laughter-inducing antics underline the love parents have for their children--even when they misbehave. 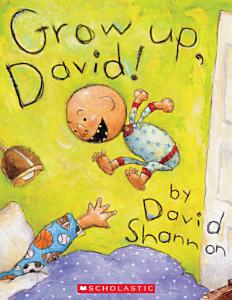 Laugh-aloud humor abounds when David can't resist bugging his big brother. In this funny romp, David careens from one mischievous antic to the next... until he finally wins his brother's approval. 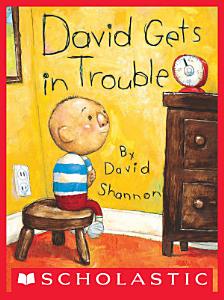 "When David gets in trouble, he always says . . . 'NO! It's not my fault! I didn't mean to! It was an accident!'" Whatever the situation, David's got a good excuse. And no matter what he's done "wrong," it's never really his fault. Soon, though, David realizes that making excuses makes him feel bad, and saying he's sorry makes him feel better. Once again, David Shannon entertains us with young David's mischievous antics and a lighthearted story that's sure to leave kids (and parents) laughing. 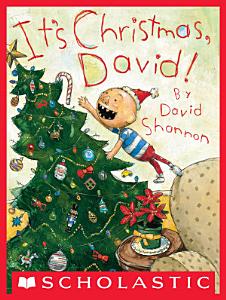 Readers of all ages will vividly remember trying to peek at hidden gift packages; writing scrolls of wish lists to Santa; and struggling to behave at formal Christmas dinner parties. Always in the background, we know Santa Claus is watching, soon to decide if David deserves a shiny new fire truck or a lump of coal under the tree. From playing with delicate ornaments to standing in an endlessly long line for Santa, here are common Christmas activities--but with David's naughty trimmings. A surefire hit that is destined to be an annual classic. 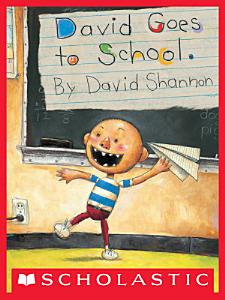 David's teacher has her hands full. From running in the halls to chewing gum in class, David's high-energy antics fill each schoolday with trouble-and are sure to bring a smile to even the best- bahaved reader. 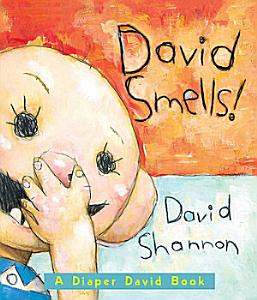 Introduces preschoolers to the concept of the five senses as Baby David begins to explore the world around him by banging on drums, smelling strange scents, and petting the dog in order to experience things in his own special way.

SideKicks is a line of toys based on your favorite characters from our book, video, and film library. Based on David Shannon’s award-winning book series NO DAVID!, this favorite book character now comes to life! David doesn't mean to get in trouble, but he usually does! It's not his fault. Most of the time, it's just an accident! Or maybe he forgot something. Or some furniture got in the way. No matter the situation, he really has a good explanation - one that leaves both children and parents laughing.

Even as a toddler, David was a challenge to his parents. 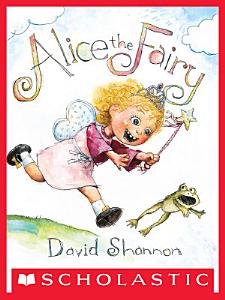 Alice has a nose for trouble, but luckily she's a fairy--a Temporary Fairy. She has a magic wand, fairy wings, and a blanket, all of which she uses to disappear, to fly, to transform her dad into a horse, and to turn his cookies into her own! There are still a few things Alice needs to learn to become a Permanent Fairy, like how to float her dog on the ceiling and make her clothes put themselves away, but she's working on it--sort of. Here's an endearing, funny story about a girl and her magical imagination, sure to delight every fairy in training!

Endorsed by Amnesty International. No. No? No! A little boy sets out to deliver a letter, witnessing acts of war on the way. But when he encounters a bully by the post-box, he decides that enough is enough. Almost wordless, but speaking volumes, No! dramatises conflict and its alternatives in a language that is accessible to everyone, young or old: beautiful paintings, executed with profound feeling and an artist's vision and wisdom. No! is the author's expression of hope that the playgrounds of the world, big and small, will soon become safer and friendlier for all. 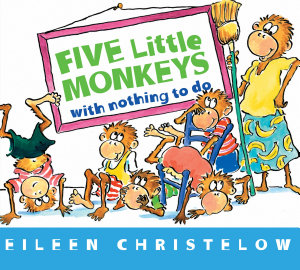 It's summer, school is out, and the monkeys are bored. When five little monkeys ask for something to do, cleaning the house for Grandma Bessie's visit isn't exactly what they had in mind. But leave it to those mischievous monkeys to find a way to make housework fun . . . and messy! Featuring Eileen Christelow's irresistible art in a classic book about everyone's favorite bestselling monkeys. 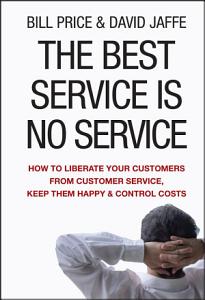 In this groundbreaking book, Bill Price and David Jaffe offer a new, game-changing approach, showing how managers are taking the wrong path and are using the wrong metrics to measure customer service. Customer service, they assert, is only needed when a company does something wrong—eliminating the need for service is the best way to satisfy customers. To be successful, companies need to treat service as a data point of dysfunction and figure what they need to do to eliminate the demand. The Best Service Is No Service outlines these seven principles to deliver the best service that ultimately leads to "no service": Eliminate dumb contacts Create engaging self-service Be proactive Make it easy to contact your company Own the actions across the company Listen and act Deliver great service experiences 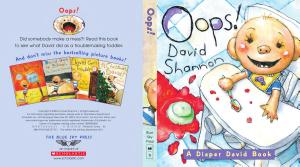 David speaks new words as he goes through his day. 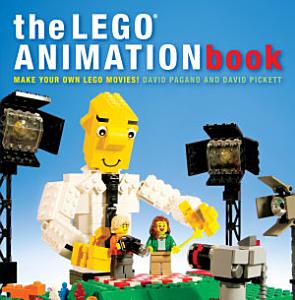 Have you ever wondered what your LEGO creations would look like on the big screen? The LEGO Animation Book will show you how to bring your models to life with stop-motion animation—no experience required! Follow step-by-step instructions to make your first animation, and then explore the entire filmmaking process, from storyboards to post-production. Along the way, you’ll learn how to: –Create special effects like explosions and flying minifigures –Convey action and emotion with your minifigure actors –Design sets for animation—make three buildings look like an entire city! –Light, frame, and capture consistent photos –Add detail and scope to your films by building in different scales –Build camera dollies and rigs out of LEGO bricks –Choose cameras, software, and other essential animation tools Dive into the world of animation and discover a whole new way to play! For ages 10+ 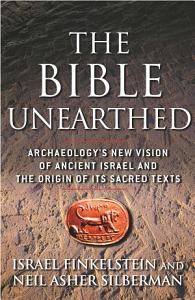 In this groundbreaking work that sets apart fact and legend, authors Finkelstein and Silberman use significant archeological discoveries to provide historical information about biblical Israel and its neighbors. In this iconoclastic and provocative work, leading scholars Israel Finkelstein and Neil Asher Silberman draw on recent archaeological research to present a dramatically revised portrait of ancient Israel and its neighbors. They argue that crucial evidence (or a telling lack of evidence) at digs in Israel, Egypt, Jordan, and Lebanon suggests that many of the most famous stories in the Bible—the wanderings of the patriarchs, the Exodus from Egypt, Joshua’s conquest of Canaan, and David and Solomon’s vast empire—reflect the world of the later authors rather than actual historical facts. Challenging the fundamentalist readings of the scriptures and marshaling the latest archaeological evidence to support its new vision of ancient Israel, The Bible Unearthed offers a fascinating and controversial perspective on when and why the Bible was written and why it possesses such great spiritual and emotional power today. 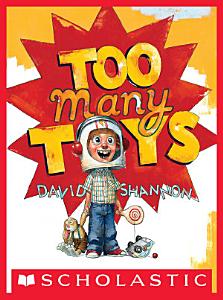 Caldecott Honor winner and bestselling author-illustrator David Shannon makes readers laugh aloud when young Spencer's mountain of toys becomes overwhelming. A book that will be read again and again. Spencer has too many toys! His father trips over them, his mother falls over them, and the house is overflowing with junk. Now its time to give some of the mountain of goodies away, but Spencer finds it hard. In the end, he fills a box, but decides the one toy he can't part with is the box! 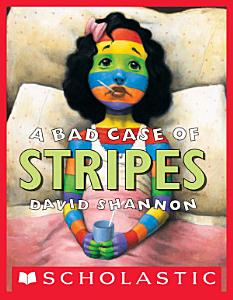 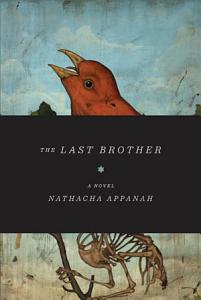 In The Last Brother by Nathacha Appanah, 1944 is coming to a close and nine-year-old Raj is unaware of the war devastating the rest of the world. He lives in Mauritius, a remote island in the Indian Ocean, where survival is a daily struggle for his family. When a brutal beating lands Raj in the hospital of the prison camp where his father is a guard, he meets a mysterious boy his own age. David is a refugee, one of a group of Jewish exiles whose harrowing journey took them from Nazi occupied Europe to Palestine, where they were refused entry and sent on to indefinite detainment in Mauritius. A massive storm on the island leads to a breach of security at the camp, and David escapes, with Raj's help. After a few days spent hiding from Raj's cruel father, the two young boys flee into the forest. Danger, hunger, and malaria turn what at first seems like an adventure to Raj into an increasingly desperate mission. This unforgettable and deeply moving novel sheds light on a fascinating and unexplored corner of World War II history, and establishes Nathacha Appanah as a significant international voice. 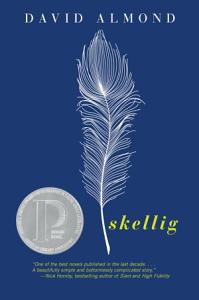 David Almond’s Printz Honor–winning novel celebrates its 10th anniversary! Ten-year-old Michael was looking forward to moving into a new house. But now his baby sister is ill, his parents are frantic, and Doctor Death has come to call. Michael feels helpless. Then he steps into the crumbling garage. . . . What is this thing beneath the spiders' webs and dead flies? A human being, or a strange kind of beast never before seen? The only person Michael can confide in is his new friend, Mina. Together, they carry the creature out into the light, and Michael's world changes forever. . . . From the Trade Paperback edition.

After Boss outlaws baseball in America, spring stops coming--until a young boy beats the tyrant at his own game.