In Order to Read Online or Download I Still Believe Full eBooks in PDF, EPUB, Tuebl and Mobi you need to create a Free account. Get any books you like and read everywhere you want. Fast Download Speed ~ Commercial & Ad Free. We cannot guarantee that every book is in the library! 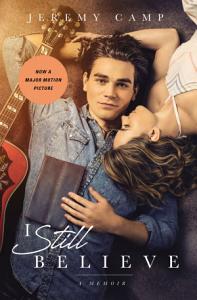 When Jeremy Camp lost his beloved wife, Melissa, just months after their wedding, the last thing he wanted to do was sing praise to God. But even as he struggled through unimaginable grief and fought to hold on to his faith, God had other plans: Pick up your guitar. I have something for you to write. Jeremy obeyed, pouring out his heart, writing about the hope that God was still there, even in his deepest grief. The song he wrote that day, “I Still Believe,” has gone on to inspire millions around the world. This is the story behind that song and the movie that was inspired by it. It’s an inside look at Jeremy’s life—from his difficult childhood and teenage years to the tragic passing of Melissa and the spiritual journey that followed, which inspired some of his best-loved songs and led him, eventually, to find love again. I Still Believe is a powerful heart-wrenching book about the strength of undying love and the power of faith. 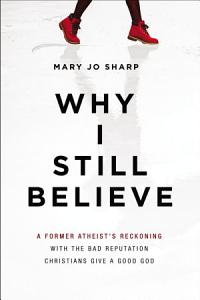 For anyone who feels caught in the tension between the beauty of God's story and the ugliness of human hypocrisy, Why I Still Believe offers a stirring story of hope. Why would anyone be a Christian when there is so much hypocrisy in the church? Mary Jo Sharp shares her journey as a skeptical believer who still holds to a beautiful faith despite wounding experiences in the Christian community. At a time when de-conversion stories have become all too common, this is an earnest response - the compelling conversion of an unlikely believer whose questions ultimately led her to irresistible hope. Sharp addresses her own struggle with the reality that God's people repeatedly give God's story a bad name and takes a careful look at how the current church often inadvertently produces atheists despite its life-giving message. For those who feel the ever-present tension between the beauty of salvation and the dark side of human nature, Why I Still Believe is a candid and approachable case for believing in God when you really want to walk away. With fresh and thoughtful insights, this spiritual narrative presents relevant answers to haunting questions like: Isn't there too much pain and suffering to believe? Is it okay to have doubt? What if Jesus' story is a copy of another story? Is there any evidence for Jesus' resurrection? Does atheism explain the human experience better than Christianity can? How can the truth of Christianity matter when the behaviors of Christians are reprehensible? At once logical and loving, Sharp reframes the gospel as it truly is: the good news of redemption. With firmly grounded truths, Why I Still Believe is an affirming reminder that the hypocrisy of Christians can never negate the transforming grace and truth of Christ.

Apologist Joe Boot provides a readable introduction to presuppositional apologetics for the average layperson. Boot invites the nonbeliever to step inside the Christian worldview to see whether or not it all makes sense. 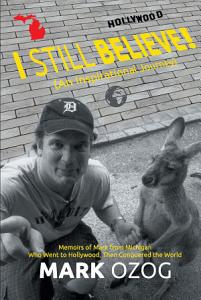 Have you ever wondered what it is like to look into the eyes of a killer whale? Have you ever questioned the ethics surrounding the keeping of killer whales in zoological settings? Do you hope to one day become a marine mammal trainer?Then follow trainer Hazel McBride as she depicts her journey from her small village in rural Scotland, into the black and white world of the killer whale. Packed full of 'behind the scenes' stories about the ten killer whales she has known personally, find out more about their individual personalities and where their uncertain future may lie. This book will make you laugh, cry, and hold your breath, as you are taken on a journey to better understand captive killer whales and the relationships they have with their trainers. 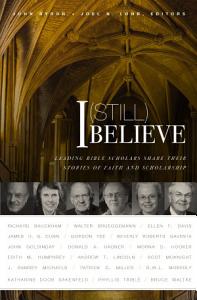 I (Still) Believe explores the all-important question of whether serious academic study of the Bible is threatening to one’s faith. Far from it—faith enhances study of the Bible and, reciprocally, such study enriches a person’s faith. With this in mind, this book asks prominent Bible teachers and scholars to tell their story reflecting on their own experiences at the intersection of faith and serious academic study of the Bible. While the essays of this book will provide some apology for academic study of the Bible as an important discipline, the essays engage with this question in ways that are uncontrived. They present real stories, with all the complexities and struggles they may hold. To this end, the contributors do two things: (a) reflect on their lives as someone who teaches and researches the Bible, providing something of a story outlining their journey of life and faith, and their self-understanding as a biblical theologian; and (b) provide focused reflections on how faith has made a difference, how it has changed, and what challenges have arisen, remained, and are unresolved, all with a view toward the future and engaging the book’s main question. engaging the book’s main question. 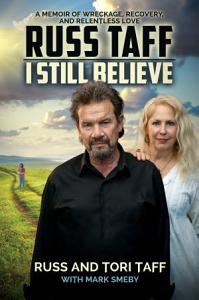 I Still Believe is a story that spans decades of multiple Grammy winner and Christian music icon Russ Taff's life, told from the first-hand perspective of Russ and his wife, Tori. You’ve seen the movie; now get the complete, unflinchingly honest details of the journey from childhood abuse to massive success with music, from the searing pain of addiction to his hard-won recovery. Russ opens up in-depth for the first time about the shame and trauma that irrefutably impacted his faith, his family, and his career. But woven throughout I Still Believe is a miraculous testament to the power of love—from God, family, and friends, but especially from Tori, who was fierce in her love for her best friend who was slowly disappearing before her eyes. But this relentless love and a lot of hard work helped Russ move out of hiding and into the light of recovery and acceptance. Above all, this is a story about hope. Hope for anyone who feels they have been hurt too badly, fallen too far, or caused too much damage along the way. This memoir stands as a testament that in spite of seemingly insurmountable odds, there is always reason to keep believing. Russ and Tori’s beautifully broken story will encourage any reader that there is no need to be defined or held back by the trauma of the past; instead, life can be rooted in and restored through faith, recovery, love, and the promise that God will never let you go. 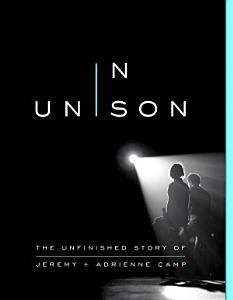 And the greatest of these is… Jeremy Camp became a GRAMMY®-nominated singer and songwriter, released four gold albums, and received two American Music Awards nominations. While on a three-month-long tour, Jeremy met and built a friendship with the lead singer of another band. In a beautiful and inspiring story their love unfolded taking them both by surprise. After 16 years of marriage, Jeremy and Adrienne have experienced devastating losses and incredible joy, and have grown alongside each other. They continue to build a friendship as they juggle life and frequent separations, due to tour schedules, with the demands and stressors of parenting their three kids. In Unison is the story of the lessons they’ve learned in love and marriage told from each of their voices. They vulnerably share the highs and lows of life together and offer practical advice for how to deal with conflict, manage finances, move through grief, and work to build your own family culture. You can’t do marriage without Jesus, and when you keep Him in the middle, together, you can build a lasting love. 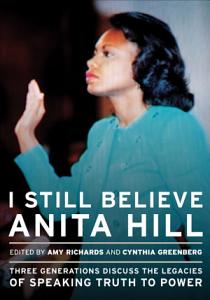 A searing collection of essays looks back at the 1991 Supreme Court confirmation hearings that ignited a national debate about workplace sexual harassment. In the fall of 1991, Anita Hill captured the country’s attention when she testified before the U.S. Senate Judiciary Committee describing sexual harassment by Clarence Thomas, who had been her boss and was about to ascend to the Supreme Court. We know what happened next: she was challenged, disbelieved, and humiliated; he was given a lifelong judicial appointment. What is less well-known is how many women and men were inspired by Anita Hill’s bravery, how her testimony changed the feminist movement, and how she singlehandedly brought public awareness to the issue of sexual harassment. Twenty years later, this collection brings together three generations to witness, respond to, and analyze Hill’s impact, and to present insights in law, politics, and the confluence of race, class, and gender. With original contributions by Anita Hill, Melissa Harris-Perry, Catharine MacKinnon, Patricia J. Williams, Eve Ensler, Ai Jen Poo, Kimberly Crenshaw, Lynn Nottage, Gloria Steinem, Lani Guinier, Lisa Kron, Mary Oliver, Edwidge Danticat, Kevin Powell, and many others. “These timely essays show us how those historic hearings brought sexual harassment (especially in the workplace) into the public eye, while also revealing what still hasn’t changed, and reminding us of the intersection of race, class, gender, and power that underlies this contentious issue.” —Publishers Weekly 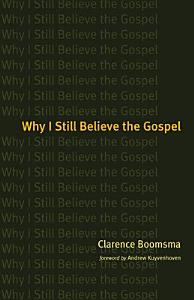 In this day, as in every age, Christians are constantly challenged in their beliefs by a swirl of cultural and intellectual currents. Clarence Boomsma, a greatly respected pastor with an active church ministry for six decades, knows those challenges firsthand. In this candid little book Boomsma reveals his own existential crisis of faith and then just as honestly shares his heartfelt, hard-won conclusion: the reality of the resurrection of Jesus Christ is indeed the linchpin of the Christian faith. Written in the thoughtful but fervent style that also marked Boomsma's sermons during his long preaching career, Why I Still Believe the Gospel is the distilled fruit of this wise pastor's passionate quest to know and declare the truth and consequences of Jesus' resurrection.