In Order to Read Online or Download Confess Full eBooks in PDF, EPUB, Tuebl and Mobi you need to create a Free account. Get any books you like and read everywhere you want. Fast Download Speed ~ Commercial & Ad Free. We cannot guarantee that every book is in the library! 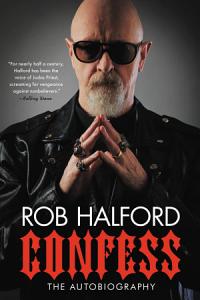 The legendary frontman of Judas Priest, one of the most successful heavy metal bands of all time, celebrates five decades of heavy metal in this tell-all memoir. Most priests hear confessions. This one is making his. Rob Halford, front man of global iconic metal band Judas Priest, is a true "Metal God." Raised in Britain's hard-working, heavy industrial heartland, he and his music were forged in the Black Country. Confess, his full autobiography, is an unforgettable rock 'n' roll story-a journey from a Walsall council estate to musical fame via alcoholism, addiction, police cells, ill-fated sexual trysts, and bleak personal tragedy, through to rehab, coming out, redemption . . . and finding love. Now, he is telling his gospel truth. Told with Halford's trademark self-deprecating, deadpan Black Country humor, Confess is the story of an extraordinary five decades in the music industry. It is also the tale of unlikely encounters with everybody from Superman to Andy Warhol, Madonna, Jack Nicholson, and the Queen. More than anything else, it's a celebration of the fire and power of heavy metal. Rob Halford has decided to Confess. Because it's good for the soul. 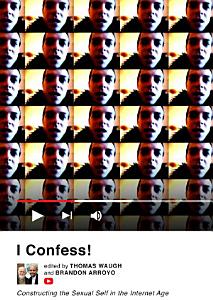 In the postwar decades, sexual revolutions - first women's suffrage, flappers, Prohibition, and Mae West; later Alfred Kinsey, Hugh Hefner, and the pill - altered the lifestyles and desires of generations. Since the 1990s, the internet and its cataclysmic cultural and social technological shifts have unleashed a third sexual revolution, crystallized in the acts and rituals of confession that are a staple of our twenty-first-century lives. In I Confess!, a collection of thirty original essays, leading international scholars such as Ken Plummer, Susanna Paasonen, Tom Roach, and Shohini Ghosh explore the ideas of confession and sexuality in moving image arts and media, mostly in the Global North, over the last quarter century. Through self-referencing or autobiographical stories, testimonies, and performances, and through rigorously scrutinized case studies of "gay for pay," gaming, camming, YouTube uploads, and the films Tarnation and Nymph()maniac, the contributors describe a spectrum of identities, desires, and related representational practices. Together these desires and practices shape how we see, construct, and live our identities within this third sexual revolution, embodying both its ominous implications of surveillance and control and its utopian glimmers of community and liberation. Inspired by theorists from Michel Foucault and Gilles Deleuze to Gayle Rubin and José Esteban Muñoz, I Confess! reflects an extraordinary, paradigm-shifting proliferation of first-person voices and imagery produced during the third sexual revolution, from the eve of the internet to today. 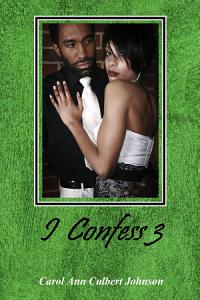 A collection of confession short stories about relationships in the real world. Stories Include - "May 13th, Marriage Games, Fatal Mistake, The World of Paralegals, Believing in Forever," and many more... 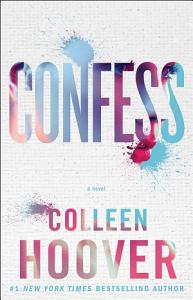 Fighting to rebuild her life after shattering losses, Auburn Reed is unexpectedly attracted to an enigmatic artist only to discover that the object of her affections is hiding threatening secrets from his past. By the #1 New York Times best-selling author of Slammed. Original. 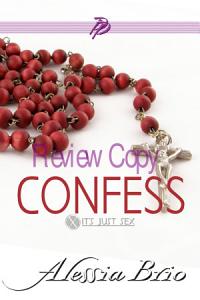 Loosely based on the It's Just Lunch® dating service, Confess is the first in a series of tales revolving around the It's Just Sex no-strings fantasy fulfillment service.This story was first published in the print edition of Alessia's award-winning debut collection, fine flickering hungers.WARNING: Catholics may find the story premise offensive. Well, "good" Catholics, anyway.

Lucian A life free from sin. For seventeen years, I have lived and breathed those words. But there is no balm to the war inside my soul. Until her. The mysterious beauty too lethal to taste. She 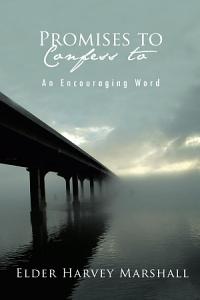 Author Harvey Marshall gleaned great thoughts, ideas, and inspiration while reading the Bible, and he wanted to share what he found with others. At first, he texted the encouraging words he learned by cell phone. Then, he sent them via e-mail, and finally he created a website with which to share the good news. In "Promises to Confess to," Marshall shares these lessons, gleaned from Scripture readings, and discusses the meanings behind the encouraging words and the promises from God that are a part of the Bible's message. He follows each short inspiration with a confession or prayer that relates to the discussion. "Promises to Confess to" provides a lens through which to look at God and to appreciate the many colors that his glory has allowed to fall upon the earth. 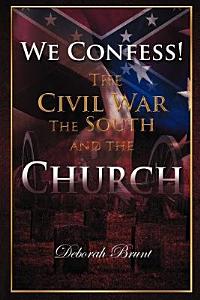 How could a church culture that lifted high the name of Jesus make covenant with the Confederacy? How did the Southern Baptist Convention lead the way? How do divided hearts and unholy covenants still hinder awakening in the conservative US church culture? What dramatic changes will a spirit of grace and supplication bring? We Confess! The Civil War, the South, and the Church uncovers the answers, historically and biblically. God is revealing what we haven’t wanted to see, so we can become who we truly are. He promises to cleanse us from bloodguilt not yet cleansed, as we say what we haven’t dared say. As we confess, healing, life, oneness, witness and true worship flow. As we confess, our Lord is honored and his kingdom furthered. So why don’t we, who most tend to gravitate to the word “celebrate” when talking of the Civil War, instead throw all caution to the wind—and confess? Honest, compelling, courageous, redemptive, this remarkable look at the conservative church culture rooted in the Deep South explores such topics as king cotton and mighty oaks; the fast God has chosen; spiritual bulimia; spiritual schizophrenia; blood covenant; cleansing from bloodguilt; an undivided heart. 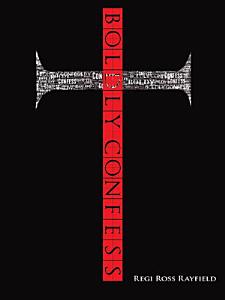 I stood in Belize among inattentive and talkative young Lambs of Christ all week long, while elder Lambs for Christ were ministering. But when I spoke that last day of the mission, I could hear that pin fall while I delivered my first message from God to those same young but quiet and attentive Lambs of Christ. It was then that I knew He would use me again. I can do all things through Christ that strengtheneth me. Philippians 4:13 A spiritual and inspirational life story of overcoming modern-day trials and tribulations through Gods infinite charity and the salvation of Jesus Christ. 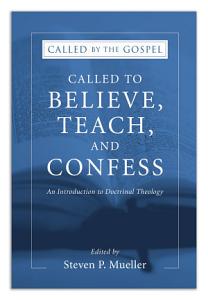 Called to Believe, Teach, and Confess offers an overview of the major doctrines of Christianity in a comprehensive, but accessible way. Written from a Lutheran perspective, this book is a helpful resource to those within that tradition and to others who seek a deeper theological understanding. Firmly rooted in Scripture, this book emphasizes the interrelatedness of all Christian teaching, with its central teaching being the doctrine of justification by grace through faith in Jesus Christ. This book is ideal as a text for university students and other educated Christian adults who seek to expand their knowledge of God's revelation and its application in human lives. It introduces and uses classical theological vocabulary and terminology, while offering clear definitions and application. Key terms, study questions, glossary, and sidebars help make this a valuable resource. Suggested readings from Scripture, the Lutheran Confessions and other secondary sources guide the reader into deeper study. 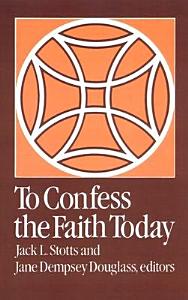 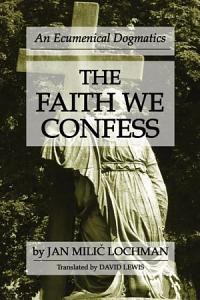 Jan Milic Lochman is internationally respected as a convincing and powerful interpreter of theology for both Christians and Marxists. With this work he offers a contemporary and ecumenical statement of what Christians believe, based on the Apostles' Creed. He treats the creed not as an archaic document, but as a living witness, vitally relevant to today's intellectual and ecumenical scene. This existentially committed exposition of the basics of Christian faith will inform and challenge both clergy and laity - Protestant, Catholic, and Orthodox - as few have done since the majestic 'Credo' of Karl Barth. 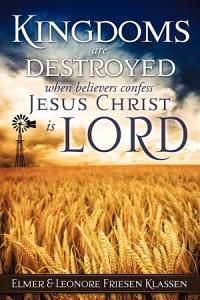 This is a gripping, previously untold story, which throws a chill light on the secrets and lies that flourish in the fertile soil of dehumanising beliefs and practices - in this case in the Islamic Republic of Iran. This is a memoir by Sydney-based doctor and writer/translator, Kooshyar Karimi, who in 2000 managed to flee, with his family, escaping certain torture and death which stalked him on a daily basis in his native Iran. Karimi's sin was his Jewishness and the fact that he helped desperate girls and women, who had been raped, terminate the resulting pregnancies. 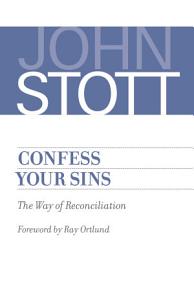 Bray examines the 39 Articles of Religion, one of the three historic formularies of the Church of England. Along with the Book of Common Prayer and the Ordinal, they gave the church its distinctive identity at the time of the Reformation. 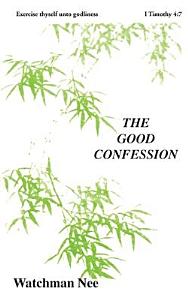 The apostle Paul charged his son in faith to "fight the good fight of the faith, lay hold on the life eternal, whereunto thou wast called, and didst confess the good confession in the sight of many witnesses." He laid before Timothy the example of Christ Jesus, "Who before Pontius Pilate witnessed the good confession"(1 Tim 6: 12,13). It behooves us, therefore, to exercise ourselves in this godly practice. This second volume of the Basic Lesson Series contains six lessons: namely, Public Confessions, Separated from the World, Elimination of Distinctions, Witnessing, How to Lead People to Christ and Household Salvation. 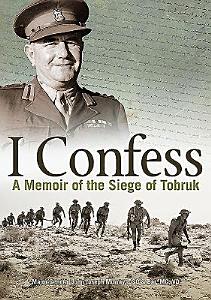 I Confess is an intimate portrayal of command in the crucible of war. But Major General John Joseph Murray's portrait of wartime leadership is not the stuff of military textbooks and his war is no set-piece battle. Murray commanded the Australian 20th Brigade during the siege of Tobruk, that grinding, tortuous desert defence that saw the German forces label his men 'rats', a badge they have worn since with pride and honour. Murray's account, as he explains in the humorous, deprecating whimsy that characterises his memoir, is not a story of raging battles and hard-fought actions, but of the essence of command. This is a portrait of the relationship Murray forges with his men through the long days of the siege against a relentless enemy and as supplies dwindle, tempers fray and exhaustion threatens.Major General John Joseph Murray DSO and Bar, MC, VD, fought in the AIF in boththe First and Second World Wars. He won the Military Cross as a company commander during the disastrous Battle of Fromelles and the Distinguished Service Order at Peronne.At the beginning of the Second World War he raised the 20th Brigade at Ingleburn before embarking for Palestine. In 1941, the brigade joined the 9th Division in pursuit of the Italian Army in North Africa but came face to face with Rommel's Afrika Korps. Murray won a Bar to his DSO for delaying the advance of the German forces at Mersa Brega and Er Regina, as the 9th Division withdrew to Tobruk. He was recalled to Australia as the threat from Japan loomed and ended the war as General Officer Commanding the Northern Territory Force.Written in April 1945 as the war entered its final phase, I Confess is a carefully crafted analysis of leadership under pressure and a very personal reflection on its stresses, its tragedies and its lifelong rewards.