In Order to Read Online or Download Bluets Full eBooks in PDF, EPUB, Tuebl and Mobi you need to create a Free account. Get any books you like and read everywhere you want. Fast Download Speed ~ Commercial & Ad Free. We cannot guarantee that every book is in the library! 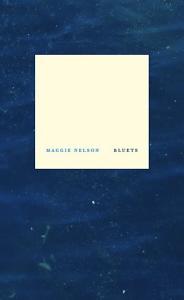 Suppose I were to begin by saying that I had fallen in love with a color . . . A lyrical, philosophical, and often explicit exploration of personal suffering and the limitations of vision and love, as refracted through the color blue. With Bluets, Maggie Nelson has entered the pantheon of brilliant lyric essayists. Maggie Nelson is the author of numerous books of poetry and nonfiction, including Something Bright, Then Holes (Soft Skull Press, 2007) and Women, the New York School, and Other True Abstractions (University of Iowa Press, 2007). She lives in Los Angeles and teaches at the California Institute of the Arts. 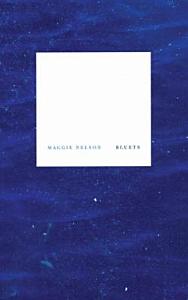 "Suppose I were to begin by saying that I had fallen in love with a color." 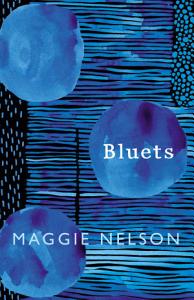 A Guardian Book of the Year Maggie Nelson is one of the most electrifying writers at work in America today, among the sharpest and most supple thinkers of her generation - Olivia Laing Bluets winds its way through depression, divinity, alcohol, and desire, visiting along the way with famous blue figures, including Joni Mitchell, Billie Holiday, Yves Klein, Leonard Cohen and Andy Warhol. While its narrator sets out to construct a sort of ‘pillow book’ about her lifelong obsession with the colour blue, she ends up facing down both the painful end of an affair and the grievous injury of a dear friend. The combination produces a raw, cerebral work devoted to the inextricability of pleasure and pain, and to the question of what role, if any, aesthetic beauty can play in times of great heartache or grief. Much like Roland Barthes’s A Lover’s Discourse, Bluets has passed between lovers in the ecstasy of new love, and been pressed into the hands of the heartbroken. Visceral, learned, and acutely lucid, Bluets is a slim feat of literary innovation and grace, never before published in the UK.

A new printing of the original limited edition of one of our most widely read and talked-about books, in honor of its tenth anniversary.

This work has been selected by scholars as being culturally important, and is part of the knowledge base of civilization as we know it. This work was reproduced from the original artifact, and remains as true to the original work as possible. Therefore, you will see the original copyright references, library stamps (as most of these works have been housed in our most important libraries around the world), and other notations in the work. This work is in the public domain in the United States of America, and possibly other nations. Within the United States, you may freely copy and distribute this work, as no entity (individual or corporate) has a copyright on the body of the work. As a reproduction of a historical artifact, this work may contain missing or blurred pages, poor pictures, errant marks, etc. Scholars believe, and we concur, that this work is important enough to be preserved, reproduced, and made generally available to the public. We appreciate your support of the preservation process, and thank you for being an important part of keeping this knowledge alive and relevant. 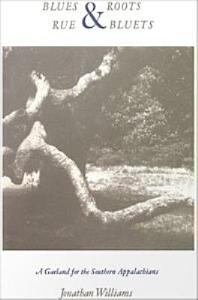 Jonathan Williams’s poetry has been described as brilliant, sensuous, lyrical, quirky, suave, vital, joyful, sardonic, melodious, passionate, alive, pyrotechnic. This new, much enlarged edition of Blues and Roots displays all of the above. Williams has tramped the Appalachian Trail for decades, botanizing, jotting down specimens of authentic American speech, graffiti, superstitions, and nostrums—always curious, alert, and affectionately attentive. Blues and Roots focuses on the linguistic horizon of Appalachia in lyrics of wonder and light, of wit and comic incongruity, in found poems of the speech of his mountain neighbors. Publishers Weekly said of the earlier edition, “One of the most beautiful and evocative tributes to the Appalachians and its people yet published.” Blues and Roots is a fine celebration; Wiliams is a joyful ringmaster. 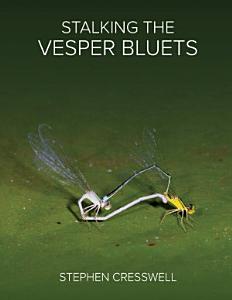 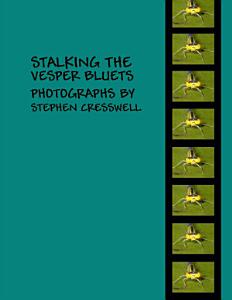 Stalking the Vesper Bluets is a collection of color photographs by nature photographer Stephen Cresswell. Included are fifty brief essays on topics ranging from male camaraderie among Walruses, to human interactions with Snapping Turtles, to researching the sex lives of fishes. 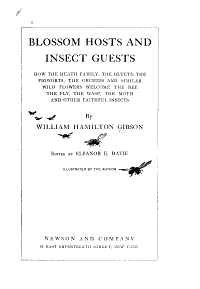 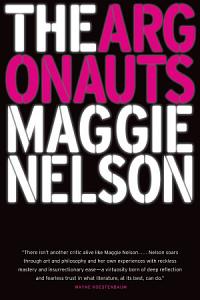 An intrepid voyage out to the frontiers of the latest thinking about love, language, and family Maggie Nelson's The Argonauts is a genre-bending memoir, a work of "autotheory" offering fresh, fierce, and timely thinking about desire, identity, and the limitations and possibilities of love and language. At its center is a romance: the story of the author's relationship with the artist Harry Dodge. This story, which includes Nelson's account of falling in love with Dodge, who is fluidly gendered, as well as her journey to and through a pregnancy, offers a firsthand account of the complexities and joys of (queer) family-making. Writing in the spirit of public intellectuals such as Susan Sontag and Roland Barthes, Nelson binds her personal experience to a rigorous exploration of what iconic theorists have said about sexuality, gender, and the vexed institutions of marriage and child-rearing. Nelson's insistence on radical individual freedom and the value of caretaking becomes the rallying cry of this thoughtful, unabashed, uncompromising book. 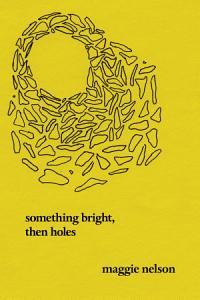 Before Maggie Nelson’s name became synonymous with such genre-defying, binary-slaying writing as The Argonauts and The Art of Cruelty, this collection of poetry introduced readers to a singular voice in the making: exhilarating, fiercely vulnerable, intellectually curious, and one of a kind. These days/the world seems to split up/into those who need to dredge/and those who shrug their shoulders/and say, It’s just something/that happened. While Maggie Nelson refers here to a polluted urban waterway, the Gowanus Canal, these words could just as easily describe Nelson’s incisive approach to desire, heartbreak, and emotional excavation in Something Bright, Then Holes. Whether writing from the debris-strewn shores of a contaminated canal or from the hospital room of a friend, Nelson charts each emotional landscape she encounters with unparalleled precision and empathy. Since its publication in 2007, the collection has proven itself to be both a record of a singular vision in the making as well as a timeless meditation on love, loss, and―perhaps most frightening of all―freedom. 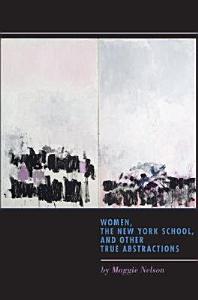 Maggie Nelson provides the first extended consideration of the roles played by women in and around the New York School of poets, from the 1950s to the present, and offers unprecedented analyses of the work of Barbara Guest, Bernadette Mayer, Alice Notley, Eileen Myles, and abstract painter Joan Mitchell as well as a reconsideration of the work of many male New York School writers and artists from a feminist perspective. 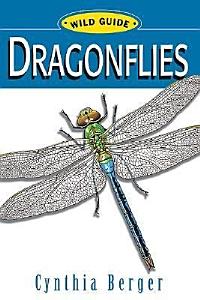 First title in Stackpole Books' new Wild Guide series A complete, expert introduction to the world of dragonflies and also covers damselflies Detailed color drawings of different species and behaviors Dazzling in appearance, idiosyncratic in behavior, dragonflies and damselflies have long captured the imaginations of nature lovers. In this illustrated natural history guide, Cynthia Berger takes the reader on a whirlwind trip through the lives of these intriguing insects, from their birth underwater (where they actually spend most of their lives as ferocious nymphs) to their miraculous transformation into free-flying adults. Features a field guide to the most common North American species--including life-size silhouettes for easy identification--as well as tips for observing dragonflies in the wild and attracting them to your backyard. 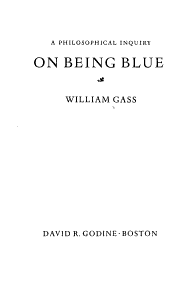 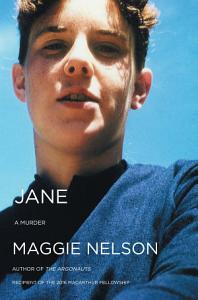 Part elegy, part true crime story, this memoir-in-verse from the author of the award-winning The Argonauts expands the notion of how we tell stories and what form those stories take through the story of a murdered woman and the mystery surrounding her last hours. Jane tells the spectral story of the life and death of Maggie Nelson’s aunt Jane, who was murdered in 1969 while a first-year law student at the University of Michigan. Though officially unsolved, Jane’s murder was apparently the third in a series of seven brutal rape-murders in the area between 1967 and 1969. Nelson was born a few years after Jane’s death, and the narrative is suffused with the long shadow her murder cast over both the family and her psyche. Exploring the nature of this haunting incident via a collage of poetry, prose, dream-accounts, and documentary sources, including local and national newspapers, related “true crime” books such as The Michigan Murders and Killer Among Us, and fragments from Jane’s own diaries written when she was 13 and 21, its eight sections cover Jane’s childhood and early adulthood, her murder and its investigation, the direct and diffuse effect of her death on Nelson’s girlhood and sisterhood, and a trip to Michigan Nelson took with her mother (Jane’s sister) to retrace the path of Jane’s final hours. Each piece in Jane has its own form, and the movement from each piece to the next—along with the white space that surrounds each fragment—serve as important fissures, disrupting the tabloid, “page-turner” quality of the story, and eventually returning the reader to deeper questions about girlhood, empathy, identification, and the essentially unknowable aspects of another’s life and death. Equal parts a elegy, memoir, detective story, meditation on violence (and serial, sexual violence in particular), and conversation between the living and the dead, Jane’s powerful and disturbing subject matter, combined with its innovations in genre, shows its readers what poetry is capable of—what kind of stories it can tell, and how it can tell them. 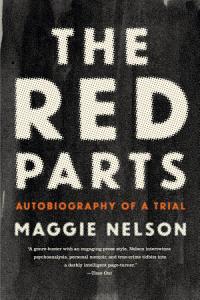 Late in 2004, Maggie Nelson was looking forward to the publication of her book Jane: A Murder, a narrative in verse about the life and death of her aunt, who had been murdered thirty-five years before. The case remained unsolved, but Jane was assumed to have been the victim of an infamous serial killer in Michigan in 1969. Then, one November afternoon, Nelson received a call from her mother, who announced that the case had been reopened; a new suspect would be arrested and tried on the basis of a DNA match. Over the months that followed, Nelson found herself attending the trial with her mother and reflecting anew on the aura of dread and fear that hung over her family and childhood--an aura that derived not only from the terrible facts of her aunt's murder but also from her own complicated journey through sisterhood, daughterhood, and girlhood. The Red Parts is a memoir, an account of a trial, and a provocative essay that interrogates the American obsession with violence and missing white women, and that scrupulously explores the nature of grief, justice, and empathy. 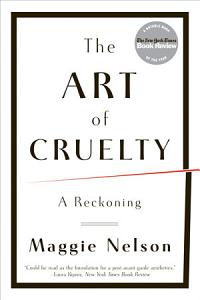 "This is criticism at its best." —Carolyn Kellogg, Los Angeles Times Writing in the tradition of Susan Sontag and Elaine Scarry, Maggie Nelson has emerged as one of our foremost cultural critics with this landmark work about representations of cruelty and violence in art. From Sylvia Plath’s poetry to Francis Bacon’s paintings, from the Saw franchise to Yoko Ono’s performance art, Nelson’s nuanced exploration across the artistic landscape ultimately offers a model of how one might balance strong ethical convictions with an equally strong appreciation for work that tests the limits of taste, taboo, and permissibility.