In Order to Read Online or Download 2017 Gooseberry Patch Wall Calendar Full eBooks in PDF, EPUB, Tuebl and Mobi you need to create a Free account. Get any books you like and read everywhere you want. Fast Download Speed ~ Commercial & Ad Free. We cannot guarantee that every book is in the library! 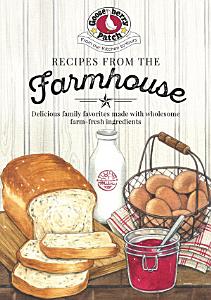 If you're like us, you always get carried away at the farmers' market, filling your basket with heaps of fruits and vegetables. Everything looks so fresh and tasty! But once you get home, maybe you wonder how to prepare them in ways that will tickle your family's taste buds. Wonder no more...here's your answer! In Recipes from the Farmhouse, you'll find a delicious harvest of easy recipes to add more fresh produce and other healthy ingredients to family meals. Start the day off with Country Breakfast Pie and Very Blueberry Coffee Cake. For lunch, how about Roasted Sweet Corn Chowder and a basket of warm Ginger Squash Muffins or Easy Pan Rolls? At dinnertime, serve up flavorful dishes like Grandma Simms' BarBQ Chicken, Herbed Marinated Pork Chops, Baked Stuffed Eggplant and Sun-Dried Tomato Meatloaf. Round out meals with Grand Champion Broccoli Salad, Cheerful Black Bean Salad, Granny's Fried Green Tomatoes and Garlic Creamed Potatoes. For parties and snacking, we've included Raspberry Chicken Wings, Loaded Cauliflower Bites and other yummy appetizers. We couldn't forget dessert! You'll be proud to serve Glazed Strawberry-Rhubarb Pie, Blackberry Ricotta Pound Cake, Really Fabulous Brownies and Speedy Almond Bars to family & friends. Bread-and-Butter Pickles, Sweet Cherry Freezer Jam and other canning and freezing recipes let you preserve the freshest flavors to enjoy later. We've added lots of handy tips for enjoying fresh fruits and vegetables. 267 Recipes 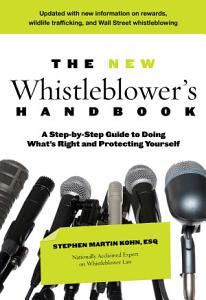 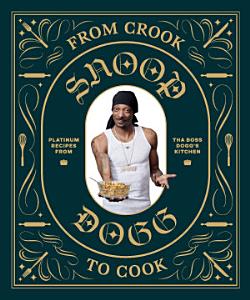 Welcome to tha Boss Dogg's Kitchen The first cookbook and recipe book from Tha Dogg: You've seen Snoop work his culinary magic on VH1's Emmy-nominated Martha and Snoop's Potluck Dinner Party, and now, Tha Dogg's up in your kitchen...with his first cookbook. Recipe book that delivers 50 recipes straight from Snoop's own collection: Snoop's cookbook features OG staples like Baked Mac & Cheese and Fried Bologna Sandwiches with Chips, and new takes on classic weeknight faves like Soft Flour Tacos and Easy Orange Chicken. And it don't stop...Snoop's giving a taste of the high life with remixes on upper echelon fare such as Lobster Thermidor and Filet Mignon. But we gotta keep it G with those favorite munchies too, ya know? From chewy Starbursts to those glorious Frito BBQ Twists, you should have an arsenal of snacks that'll satisfy. And of course, no party is complete without that Gin and Juice and other platinum ways to entertain. If you're a fan of celebrity cookbooks such as Bob's Burgers, Magnolia Table Cookbook, Margaritaville cookbook, or the Gilmore Girls Eat Like a Gilmore; the Doggfather's got you covered – complete with epic stories and behind-the-scenes photos that bring his masterpieces to life. 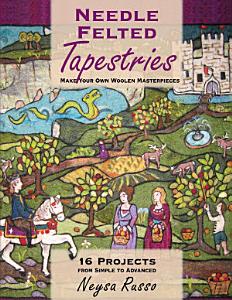 From simple mug rugs to Renaissance-style tapestry wall hangings, 16 charming projects lead fiber lovers on a journey to discover the art of needle felting. Felt artist Neysa Russo shares her years of experience with felt and felt design so that you can confidently create your own felted masterpiece. 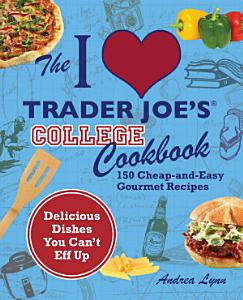 TIRED OF FAST FOOD AND FROZEN PIZZA? HATE THE CRAP FROM THE DINING HALL? HAVE ONLY A MICROWAVE IN YOUR DORM ROOM? No problem. You can still make awesome meals! Even if you’ve never cooked before, this book shows how quick and easy it is to turn Trader Joe’s tasty and affordable groceries into delicious dishes: • Pulled Pork Sandwiches • Fish Tacos • Sweet Chili Wings • Homemade Pizza • Chicken Masala • Pad Thai • Eggplant Lasagna • Raspberry Brownies • Greek Pasta Salad • Tortilla Soup • Caramel Popcorn These recipes are super easy to make, and you don’t need a bunch of pots and pans. Best of all, since every ingredient in every recipe is available at Trader Joe’s, you can get all your shopping done with one quick stop. TRADER JOE’S® is a registered trademark of Trader Joe’s® Company and is used here for informational purposes only. This book is independently authored and published and is not affiliated or associated with Trader Joe's® Company in any way. Trader Joe’s® Company does not authorize, sponsor, or endorse this book or any of the information contained herein.

Room for your favorite recipes! Write in your family recipes and keep them all in one handy place with our clever blank cookbook recipe organizer. My Favorite Recipe Organizer Cookbook is organized into 10 chapters from breakfasts to desserts, there's room to write or attach a recipe to each page. 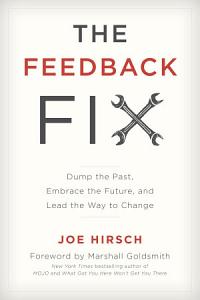 The secret to giving better feedback isn’t what we say – it’s what others hear. Too often, people hear about a past they can’t control, not a future they can. That changes with “feedforward” – a radical approach to sharing feedback that unleashes the performance and potential of everyone around us. From managers and coaches trying to energize their teams, to teachers hoping to motivate their students, to parents looking to empower their children, people from all walks of life want others to hear what they have to say. Through a lively blend of stories and studies, The Feedback Fix shows them how by presenting a six-part REPAIR plan that spreads feedforward across boardrooms, classrooms, and even dining rooms. Even with drastic changes in how we work and live, the experiences we create for others – joy or fear, growth or decline, success or failure – still hang on the feedback we share. The Feedback Fix makes a compelling argument for getting what we want by giving others what they need – all while rebuilding the way we lead, learn, and live. 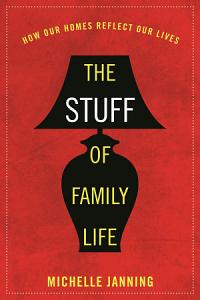 Does putting your smartphone on the dinner table impact your relationships? How does where you place your TV in your home affect your family? The Stuff of Family Life takes readers inside the changing world of families through a unique examination of their stuff. From digital family photo albums to the growing popularity of “man caves,” author Michelle Janning looks at not only what large demographic studies say about family dynamics but also what our lives—and the stuff in them—say about how we relate to each other. The book takes readers through various phases of family life, including dating, marriage, parenting, divorce, and aging, while paying attention to how our choices about our spaces and objects impact our lives. Janning has joked, “I'm not a social scientist who uses large national datasets to illustrate family life; I’m the social scientist who asks people to examine what’s in their underwear drawers to tell stories about their family life.” From underwear drawers to calendars, The Stuff of Family Life offers an illuminating and entertaining look at the complexities of American families today. 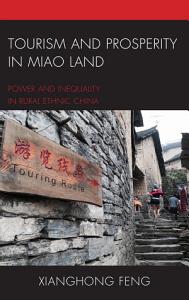 In this book, Xianghong Feng focuses on the intersection of tourism, power, and inequality in the southern interior of China. In this region, capital-intensive and elite-directed tourism has disrupted the social and cultural patterns of the ethnic Miao and other local residents. 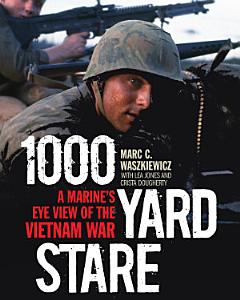 A grunt’s-eye view of the Vietnam War through hundreds of personal photos Marc Waszkiewicz served three tours (1967, 1968, 1969) as an artillery forward observer with the U.S. Marine Corps in Vietnam, where he took thousands of photos capturing the beauty, drudgery, hilarity, and horror of the war. 1,000-Yard Stare collects the best of these in a book that presents an unvarnished grunt’s-eye view of the Vietnam War. These are amazing, well-shot photos--most of them color, many of them truly arresting--of Marines in the field, in camp, on base, fighting, patrolling, writing, drinking, carrying on. Some have the feeling of candid snapshots while others are more composed (Waszkiewicz was, and is, an amateur photographer), with subjects ranging from a gunner calculating ranges with pencil and protractor and a chaplain conducting a battlefield mass to grunts smoking illicit substances while pretending to fish and images of barbed wire twisting in the jungle and watchtowers at twilight. Also included are photographs from Waszkiewicz’s postwar decades of coming to terms with his experiences, such as a sequence of poignant photos from The Wall in Washington and his trip back to Vietnam. This is a visual memoir of the war.